Twelve South’s April Fool’s joke for 2021, the Stone’r, is 49% funded to become a real product

The best form of April Fool’s joke is one that is so plausible, that it could actually be a real product, with Twelve South going further in crowdfunding the Stone’r project so that if people really want it, they can fund it into life.

As I type this on Easter Monday, I am reminded of some sage words: let he who is without sin cast the first stone.

Twelve South hasn’t cast the first stone, but it has cast the first Stone’r, of which it hopes that the public will cast their lot behind it, too, replete with stoner jokes, starting with the claim that “if you’re looking for a new high in iPhone 12 charging… this is it.”

Twelve South is one of the most innovative Apple accessories makers, and notes that “when it comes to gadgets and elegancy, there is usually a dissonance between the two factors that leaves you to sacrifice one or the other.

“To combat this, Twelve South has constantly broken through the boundaries to introduce an array of household and office essentials that fit seamlessly into any environment.

“Their latest concept reveals itself in the form of Stone’r, a weighted marble base that holds your MagSafe Charger in place whilst also transforming it into a stylish charging stand for iPhone 12.”

So, why is Stone’r required?

Well, we’re reminded that, “for all the greatness of the Apple MagSafe Charger, it takes two hands to pull the magnetic charging disc from the back of the iPhone.

“Exclusively designed for the charger, Stone’r is one of the only solutions and is the perfect place for your iPhone 12 to chill out and recharge after a long day. a downfall solved only through the use of Stone’r.

“The little marble composite weighs one kilogram, which is enough weight to prevent the charger from clinging to the back of your phone.”

Twelve South said its product is “still in its conceptual stages with pre-orders available online to register interest (coincidentally closing on 4/20)”, and at first, all of the jokes make you wonder whether this really is just an April Fool’s joke.

However, at Twelve South’s Stone’r site, the company clever asks “wait. What if we made Stone’r for real!”

The company says: “OK, it’s true. We kinda really want a Stone’r too. So, let’s see if we can get enough Stone’rs to make a short production run. Pledge your support with a pre-order and when we pass 100% – it’s on! In the unlikely event that we don’t reach the required minimum order, we will refund your order immediately. But that would be a bummer – so pre-order now and save $5.”

420 is also known as codename for the whacky tabbacy, which even got Elon Musk into trouble when he suggested Tesla’s share price would reach $420.

If the project isn’t funded, Twelve South will refund the money, but with the project already 49% funded, it’s looking like it will get funded over the next 15 or so days.

So, if you’d like to get your iPhone stoned, you can cast not the first crowdfunding pledge for this device, but simply the latest one, and you can sit back and chill in the hope that your very own Stone’r will drop in a few weeks’ time.

As Twelve South reminds us, the Stone’r has the following features: 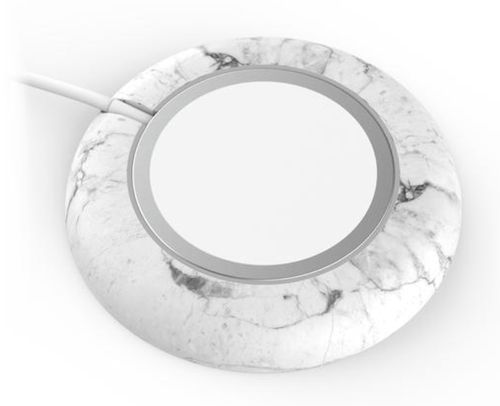